Audrey is the main character in my fantasy novel, Bluewillow. Ultimately, my dream is to create a full-length comic based on the story, but that's still a long ways off. First, I'm just focusing on the first chapter - which will be about 8 pages in comic form. I'm still in the process of designing the characters. About a year ago, I came up with this turnaround for Audrey:

While this is a fairly decent design, I've learned so much more about character design and drawing in general since then. I started doing a bunch of sketches of Audrey (along with her lovable sidekick, Corridor Green), and I realized that my previous design wasn't quite adequate to represent her character fully. 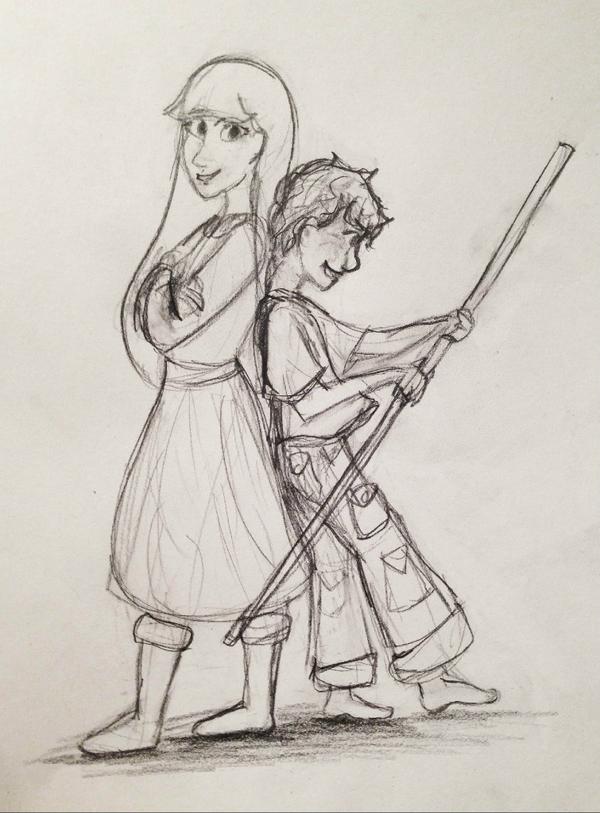 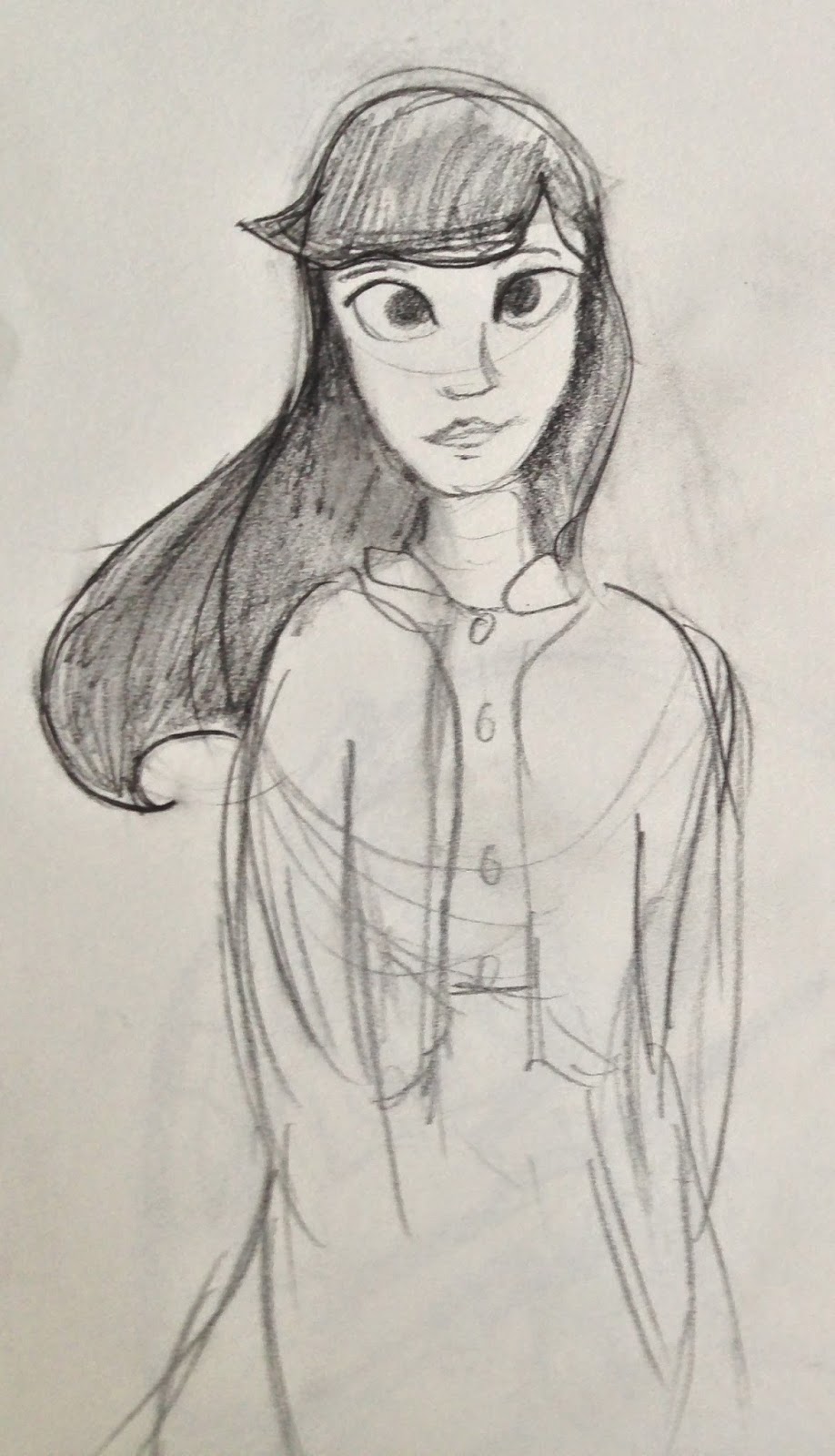 Also, I realized that I wanted her design to be more focused on circles and spirals, not straight lines like in my original turnaround drawings. So I attempted to push those aspects some more, and I came up with this: I'll still be refining her design, but I think I'm heading in a much better direction for this particular character. I may tone down the exaggerated eyes, for one thing, but I think I have a clearer idea of what I want her to look like.

What do you think of this new direction for Audrey? Could you see her as the main character in a graphic novel or webcomic?
Posted by Rachel Kimberly at 10:29 PM